During sunny September 1st and 2nd, Cardington saw Team Reading venture down its tight course, squeezing past each gate and down its drops.

The first to set off was Andy Neville, who showed impeccable skill as he scooted down the course and was able to improve his score each time. The next to go was Zoe Neville. Although Zoe hasn’t been on as many races as others, she fearlessly approached each drop with confidence and even met with the dreaded gate 7!

Noticeably, there were two men that showed their competitive side – each time they ran the course they couldn’t resist comparing scores and trying to get better times. This was none other than Marc Gutteridge and George Murphy. George showed amazing agility and skill as he came down the course, unfortunately having to move aside to avoid another paddler. This didn’t prevent George from giving it all he had! Marc had two very unlucky swims during his practice and his first run. He didn’t let that stop him though! He shrugged it off and gave it all he had on the second run, without any swims!

Next was Natalie, as she sped off and grabbed a trophy for each day: Under 16. Well done Natalie! (That is a total of 2 trophies). Emily laughed at the course. She sped down showing a great level of determination and grabbed the Under 14 trophy on the first day, as well as fourth place. To top it all off, on the second day, she also won a third place! 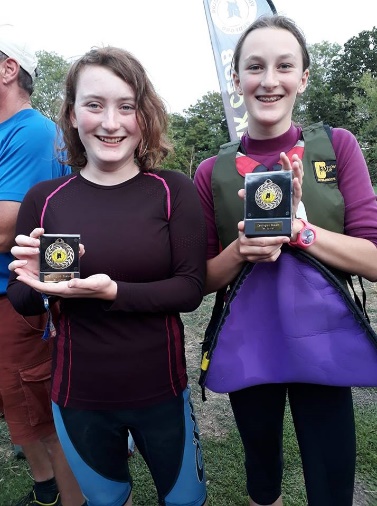 You have all done SO WELL!