Details for the Charles Hicks Challenge on Saturday 26th January 2019 run by Basingstoke Canal Canoe Club can be found on here:

It was party time … 84 members, family and friends congregated at Reading Canoe Club on the evening of 17th November. Dancing shoes on, glitter scattered liberally and we were ready to party. Most of all, we were all keen to know who had won what!

Greeted with a glass of Prosecco, guests had time to mingle, before settling down to hear a very polished, relaxed and entertaining presentation from Immi and Kat. Nigel gave his round up of time trial – records broken, miles paddled, and this year’s king and queen of tarts (the ones with the most K2 partners through the season). He then presented us with his amazing ergo session statistics, before naming this year’s ergo dragons (those who paddled the most strokes on ergo machines). Miriam, on a 3-minute time limit, gave a quick round up of PIGs (paddler improver group), naming Lisa her top ‘PIG’.

It was an entertaining, very enjoyable and lively 90 minutes, after which the kitchen leapt into action and provided a tasty dinner of chicken and chorizo with salad, followed by an array of stupendous puddings. Our members are so good at rustling up a totally irresistible selection.

Tables and chairs cleared, there was just time to finish the evening with a bit of boogie special, mostly, but not exclusively, from the junior contingent.

A great evening of celebration and lots of fun was had by all … just as it should be!

Sunday was another great day at RCC. We had just over 40 paddlers attending the second of our series of 4 winter training days. The 40 juniors were spread across six clubs coming from a variety of directions – Nottingham, Banbury, Devizes, Southampton and Falcon were all in attendance, as well as paddlers from our own club.

We had 3 groups out on the water for the first session, all doing a variety of different sessions. The younger ones were off doing 1km, while the older and faster juniors were speeding off up and down the river. These groups were led by Jim New, Imogen Collins, Brian Greenham, Trevor Hunter (DEV), Ian Thackray (DEV) and Graham Warland (BAN). 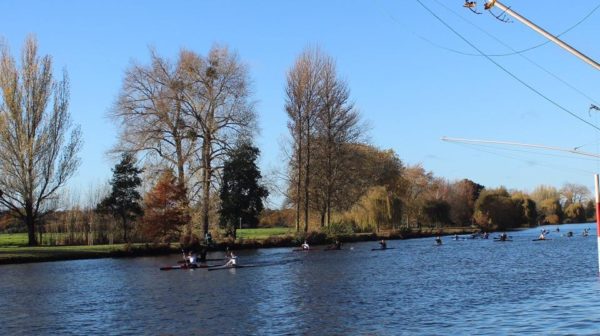 The second session consisted of 100m relay running, on the opposite of the river to the club.

Just after lunch we had a talk led by BC coach and RCC Head Coach Imogen Collins, talking about how to train smart and get the best out of your training.

After that we split off into 5 teams and completed three 500m relay races and one 5K relay race. In this session we had a couple of swims from various over zealous paddlers! 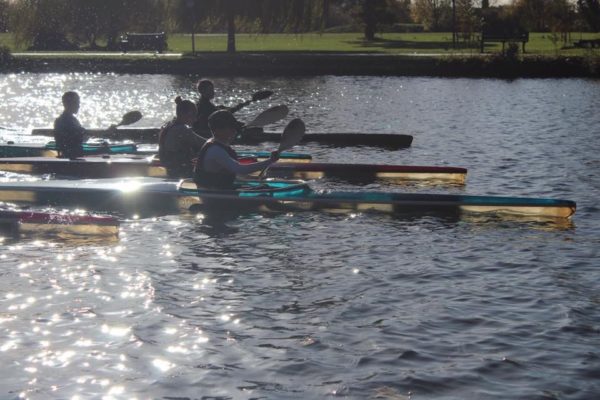 All in all another great day at the club helping a variety of paddlers learn from different coaches and one another.

The date for the 3rd in the series of training days will be 16th December, where we look forward to seeing more young and enthusiastic juniors take to the water.

Strange events down at the club … Halloween night at the slalom session on Wednesday 31st October.

Juniors and adults all masked up, plus a lot of orange balloons! Very scary. 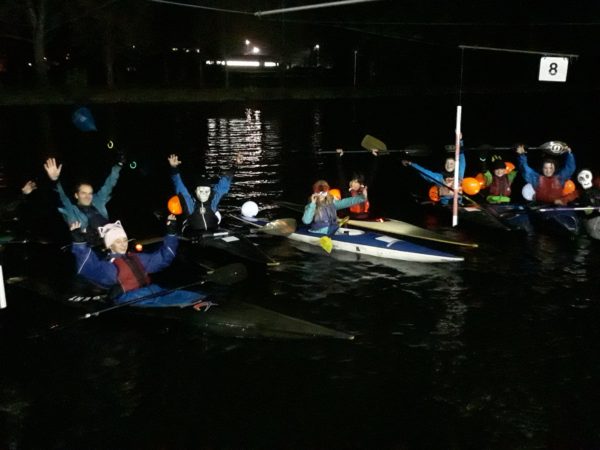 If you would like to try some slalom canoeing come and join us on Wednesday between 6-7 juniors and 7-8 seniors, all year round.

Now its late Autumn / early Winter, early mornings are dark and the evenings by 5pm or earlier. It’s essential at these times, or any time of bad visibility, to have lights on your boat.

Here are some of the points to bear in mind:

If you want to keep your racing skills sharp over the winter or just fancy a change of scenery to break winter glum, why not try out Thames 10@10 Winter K2 Series.

Just a reminder that the Club’s AGM will be held at the Club at 11am, next Saturday, 27th October. Please do attend. It’s your club.
The Agenda will be
The Committee is up for re-election at every AGM. We have identified the following roles on the committee that will not be standing for re-election:
If you are interested in standing for any position, including those above, please send in your nomination with the name of the proposer and seconder by noon on Thursday 25th October 2018.
If you would like to understand what the roles involve, please talk to a member of the committee.

The Club’s newsletter, with a round up of the Club’s racing and social events and other news items is now available to download here. It’s been a busy and very successful year.

Our brilliant coach, ‘Brian the Legend’, competed at the World Masters Championships this August. He entered the Masters 65-69 years and, with a start line of 23 competitors from 16 countries, won it. That adds yet another title to his huge haul. Many congratulations, Brian, you truly are a legend. 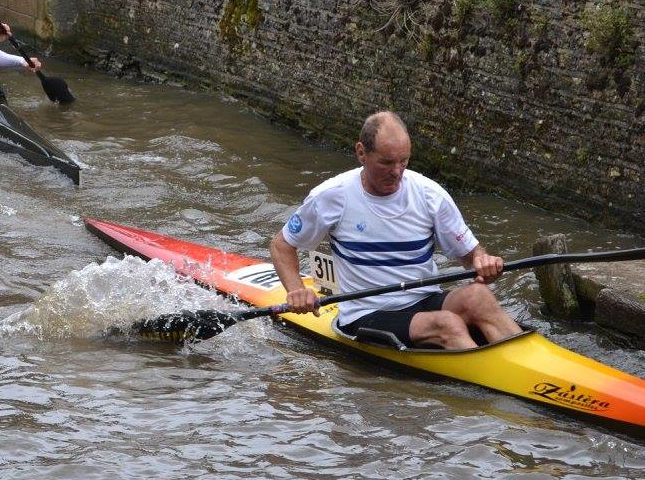 The Olympic Hopes 2018 regatta took place 14th-16th September in Poznan, Poland. Competition was tougher than ever, with 716 paddlers from 36 countries. Eastern Europe and Germany once again dominated the event. Qualifying from semi-finals to finals was a feat in itself, with only the top two going through in most semis. 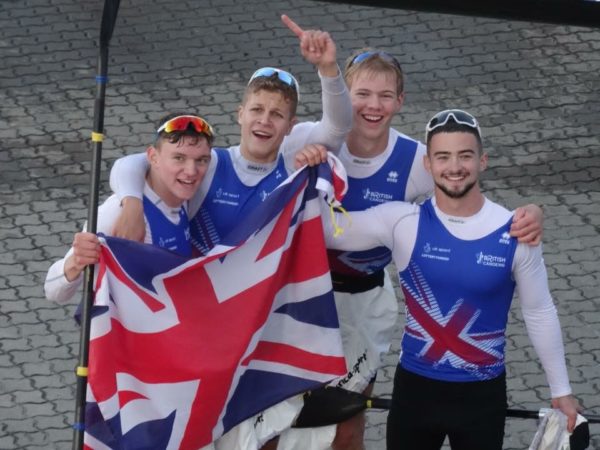